Guild of Darksteel is a cinematic, side-scrolling adventure set in a lush, layered dark fantasy world.

Embark on a dark fantasy adventure and follow the Sellsword, an immortal, as he seeks a purpose in eternal life by joining the Guild of Darksteel. Become one of their immortal mercenaries and investigate the mysterious tunnels underneath the cities of Ravenrock.

Key Features
• Engrossing Combat: Utilize a refined combat system to defeat anyone who stands in the way of your mission. Unlock combos and level them up to your liking. Chain your attacks together and determine a personal attack strategy that will guarantee your victory.

• A Living, Breathing World: Explore the fully-realized city of Ravenrock, and interact with its inhabitants. Each character carries a deep story, breathing life into the world of Guild of Darksteel. Friends of foes, their lives won’t leave you unmoved.

• A Deep and Nuanced Story: Inspired by classics like Flashback and Vagrant Story, Guild of Darksteel tells a gripping story of power struggle and soul searching, as its characters come face to face with their mortality... or lack thereof.

• Stunning Artistic Vision: The world of Guild of Darksteel is comprised of dark, yet evocatively detailed pixel art, and set against a foreboding and thought provoking soundtrack. A unique and daring color palette sets the perfect tone for your investigation of the darkness that lurks beneath Ravenrock.

• Guild of Darksteel is the product of artist and one-man studio, Igor Sandman. A lifelong storyteller, Igor has an extensive background in film and television production, and worked as an animator on the strategy card game, Faeria. This breadth of experience is on full display in Guild of Darksteel, Igor’s game development debut. 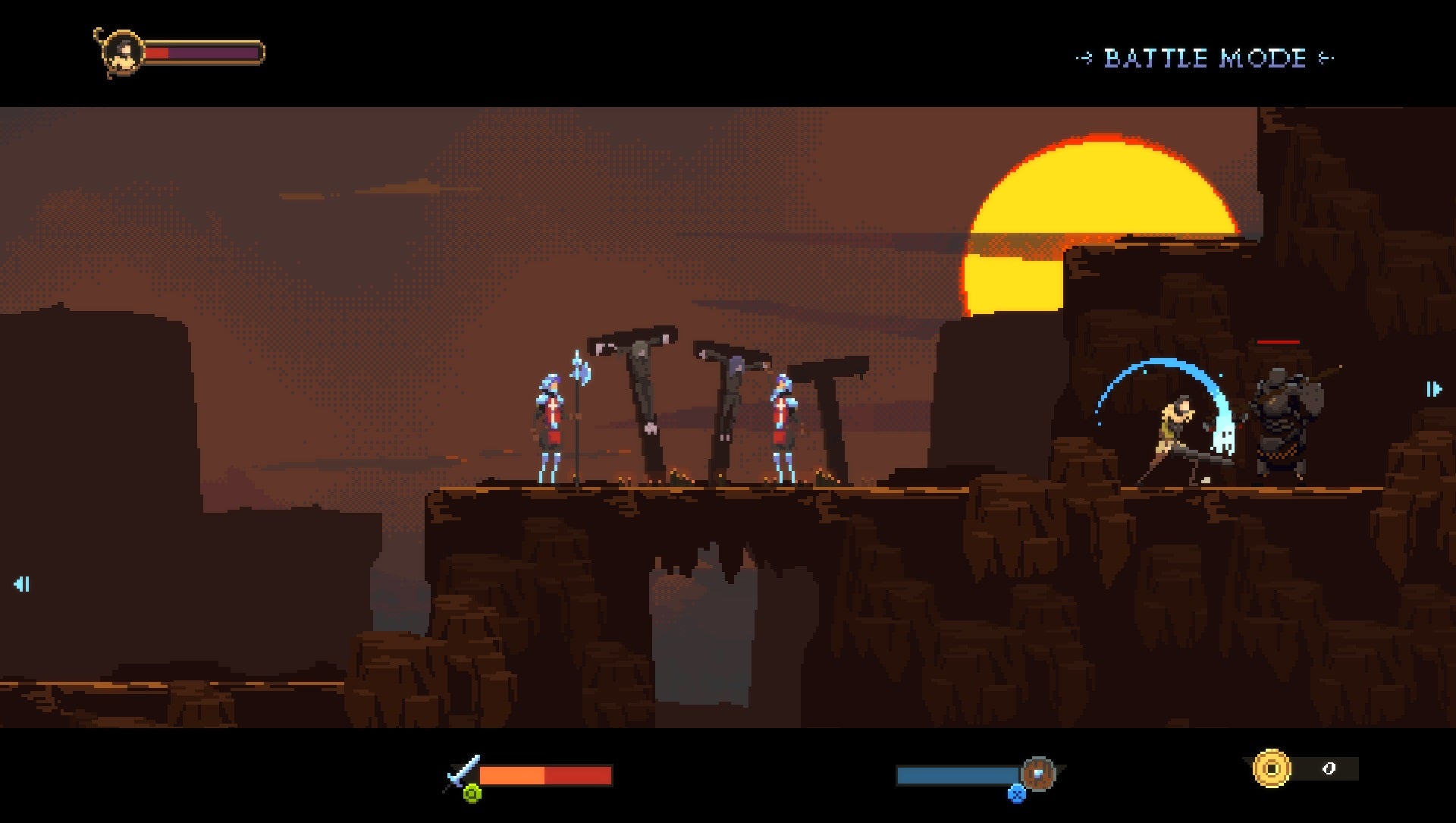 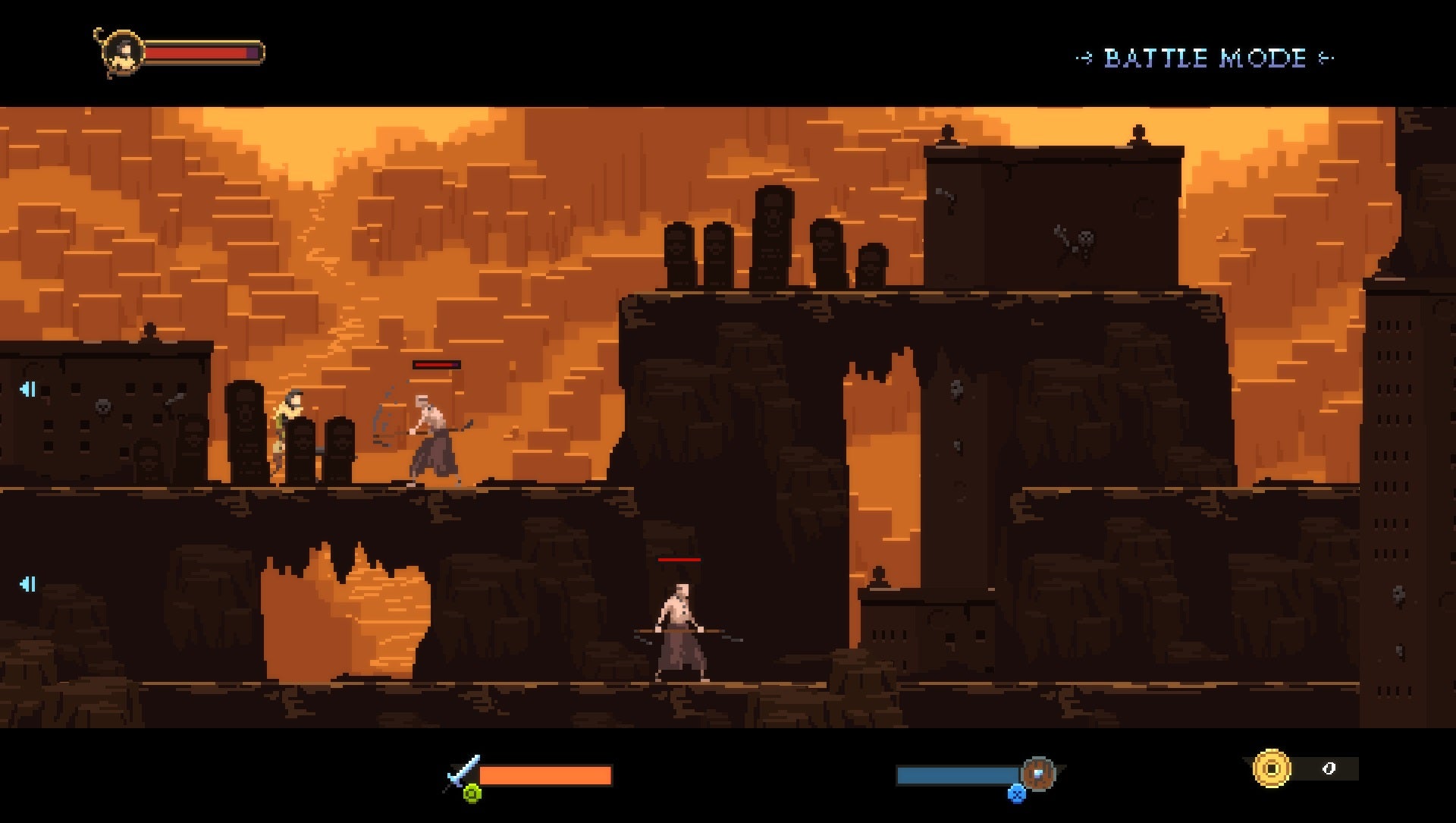 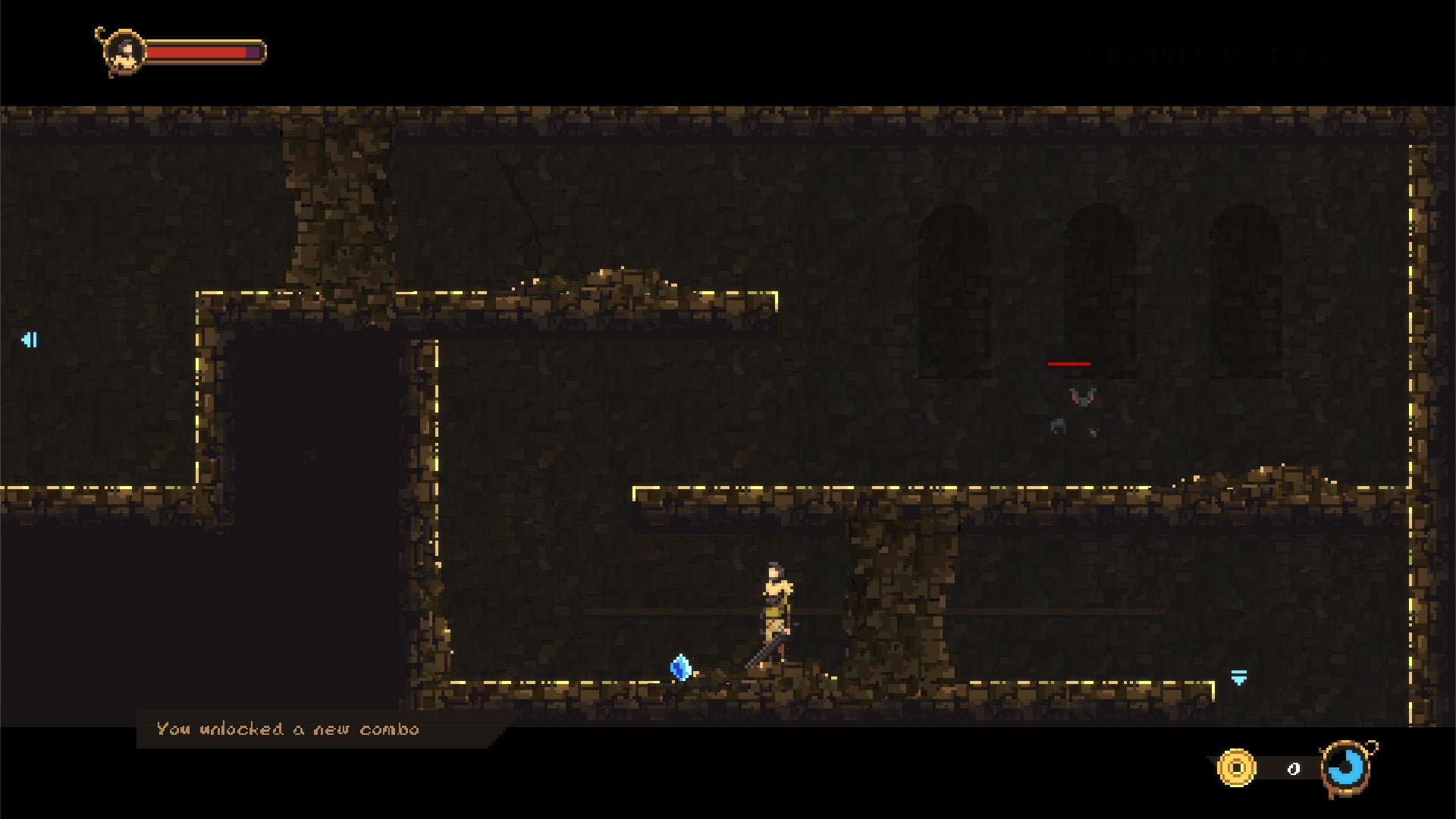 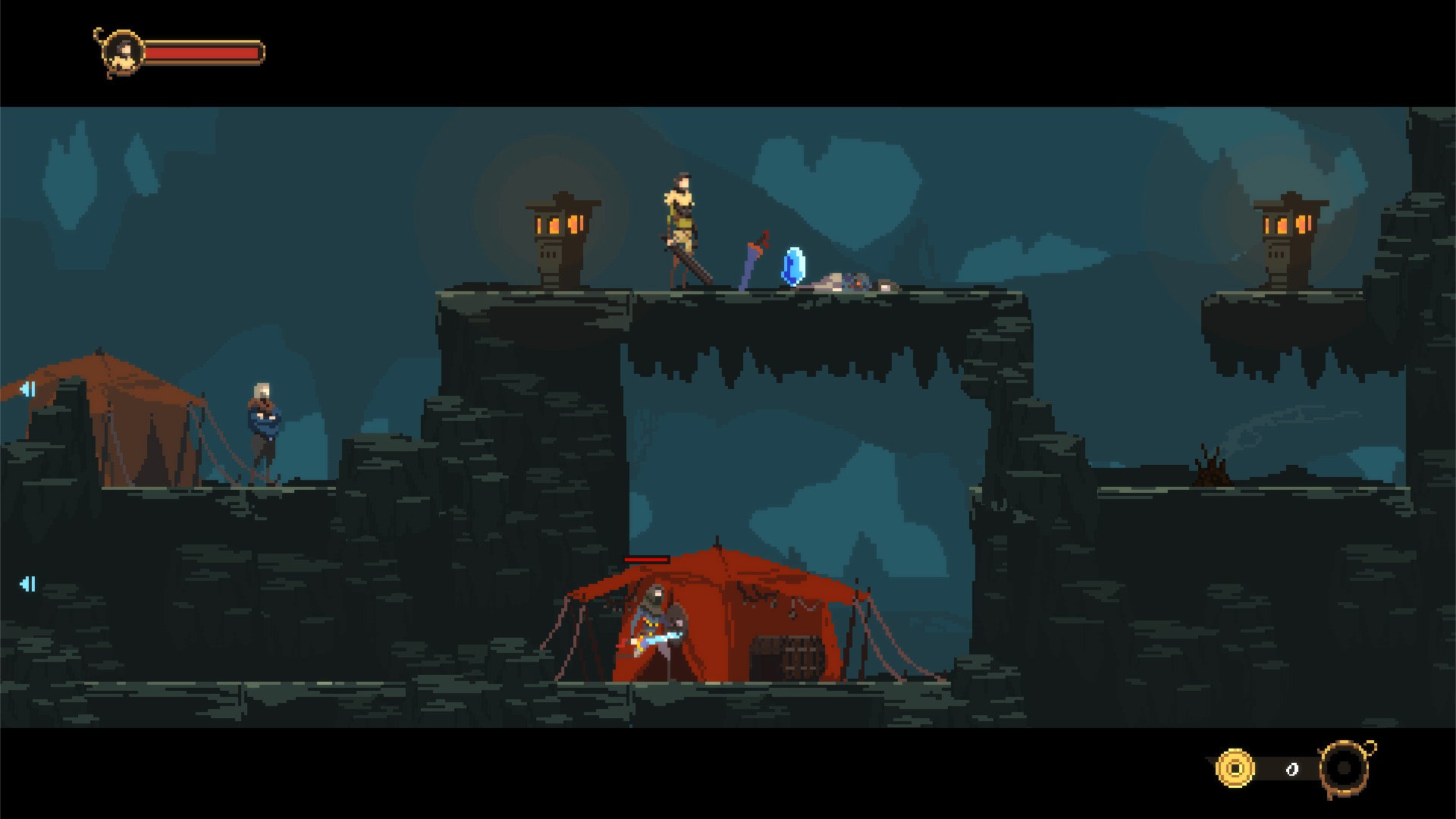 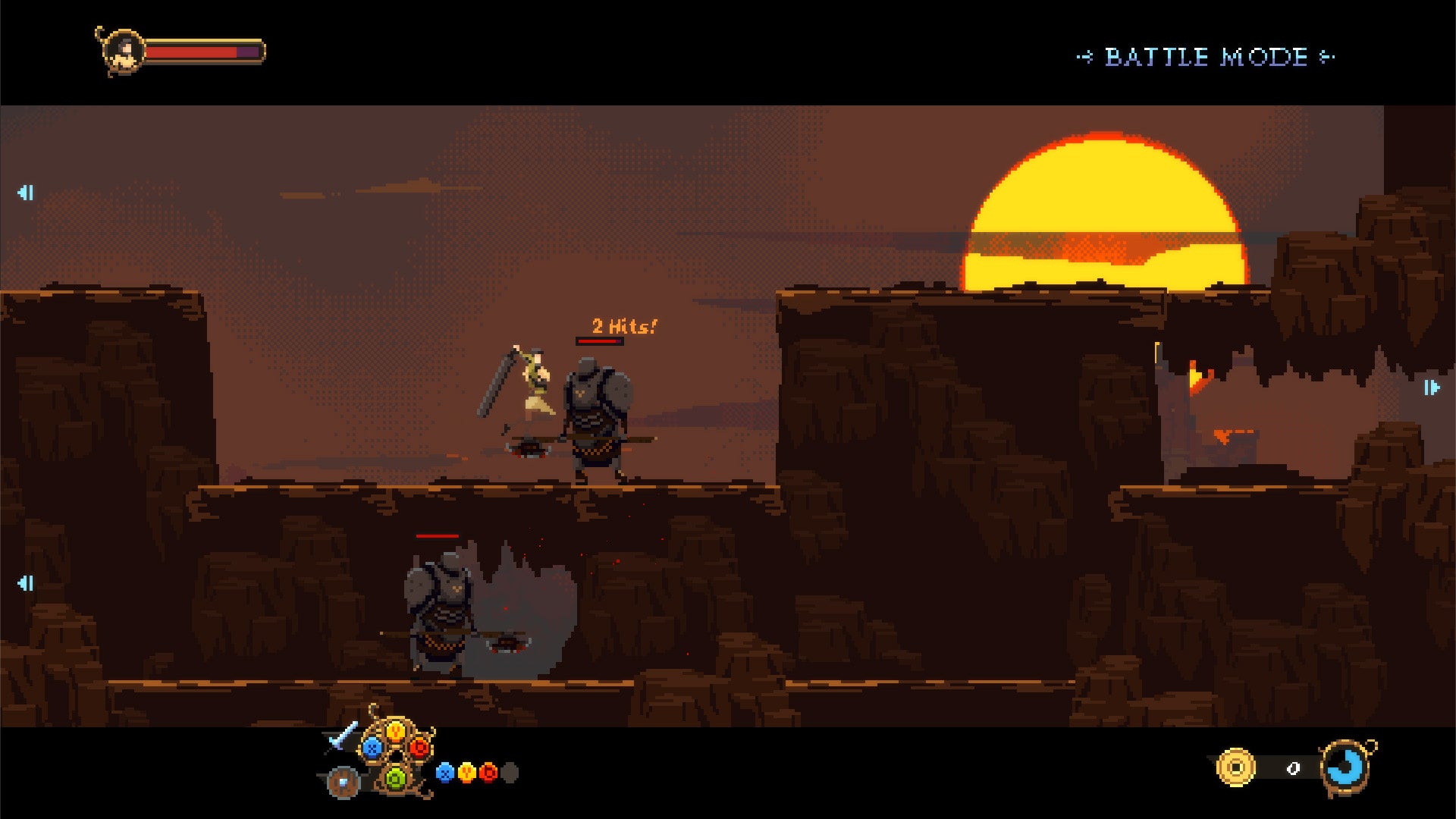 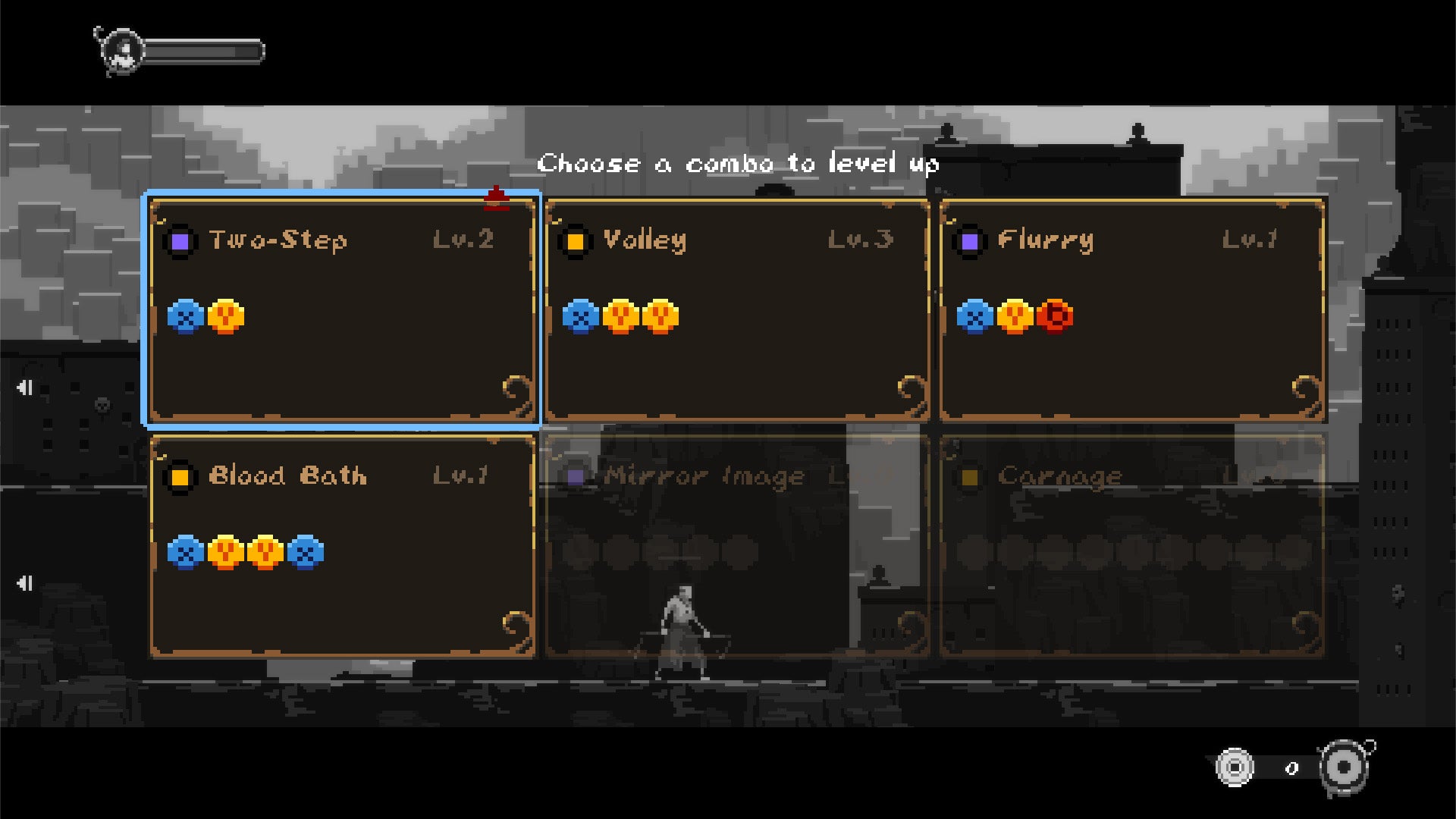 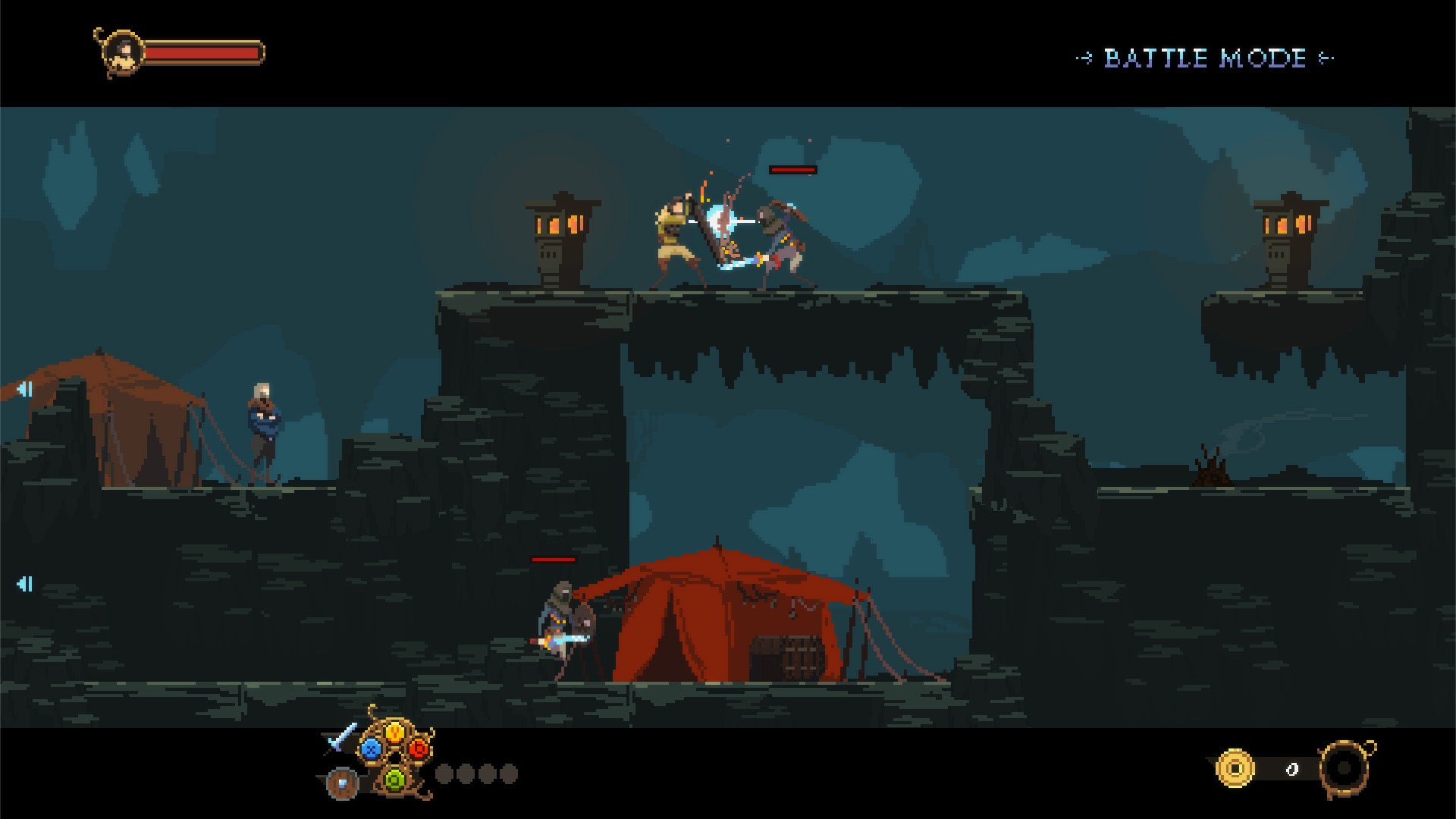 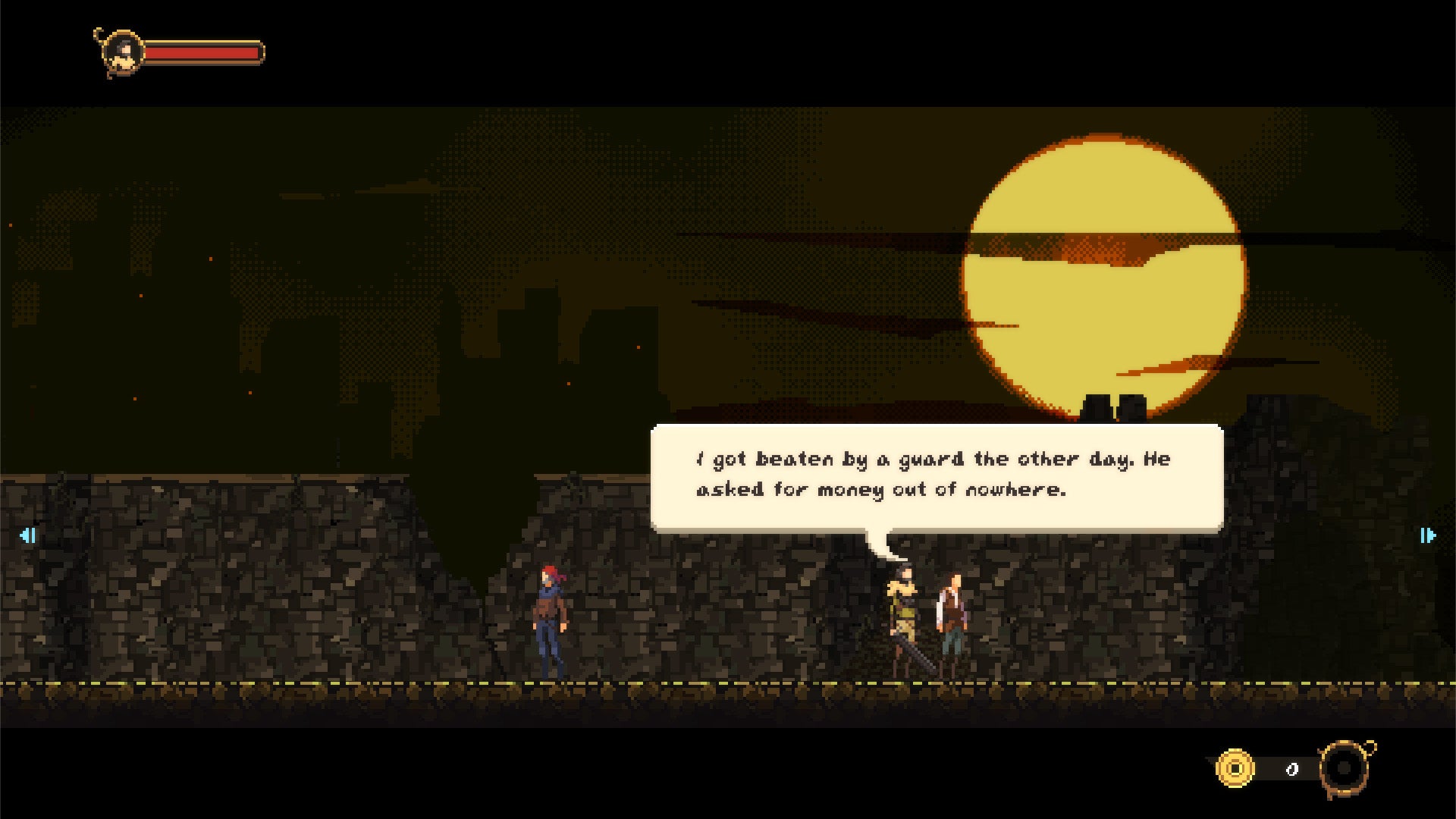 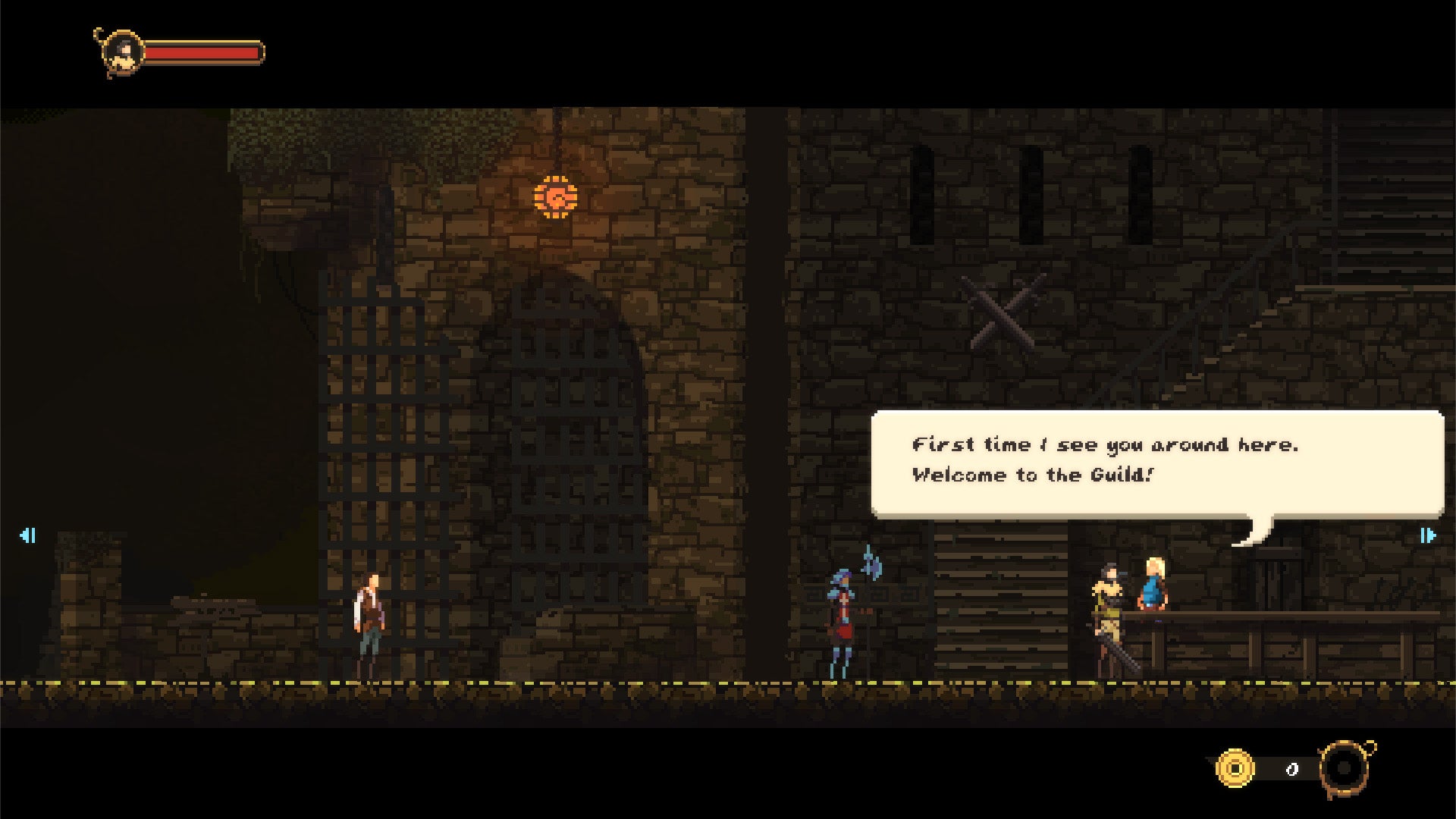 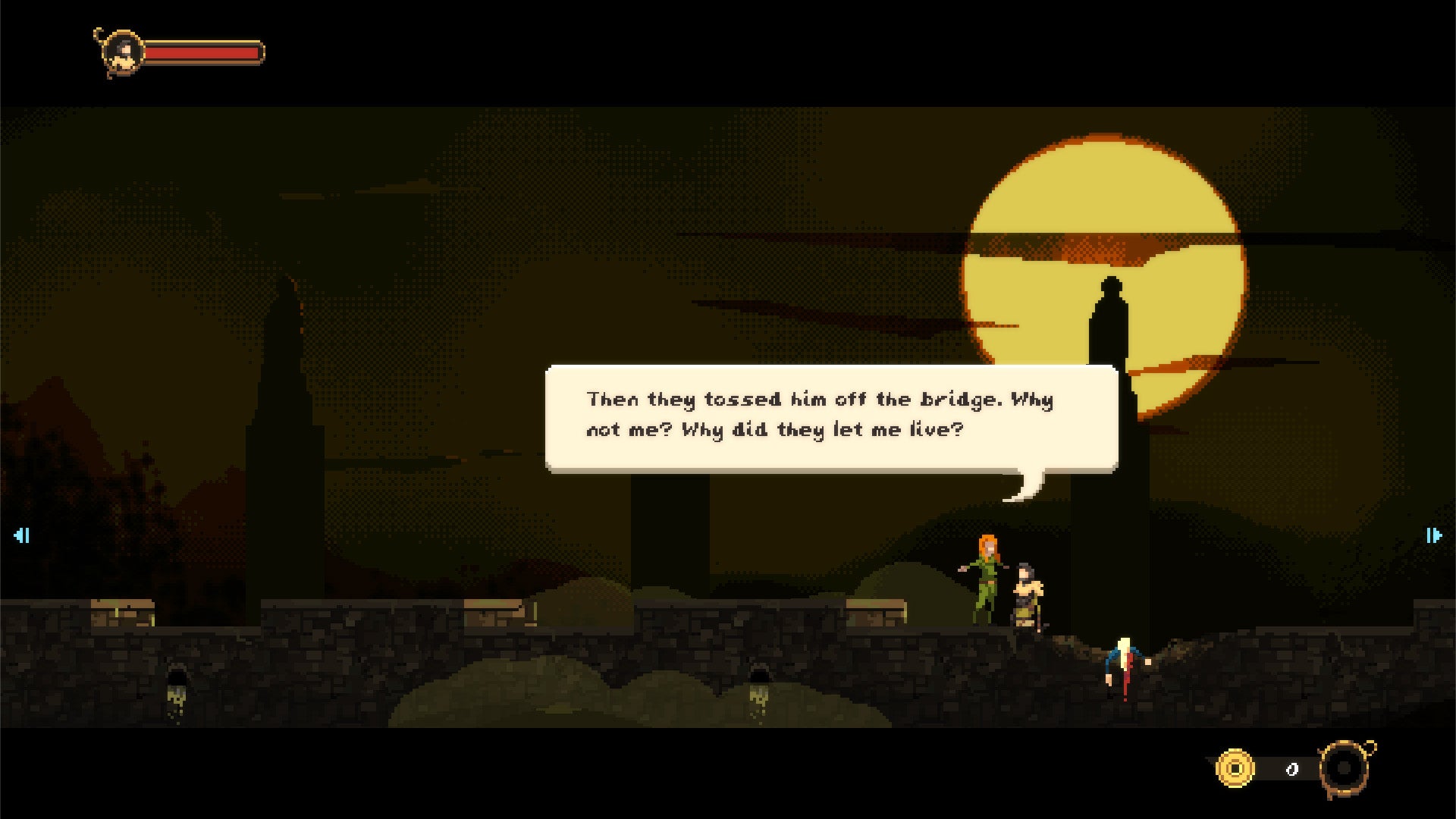 Go deeper into Guild of Darksteel 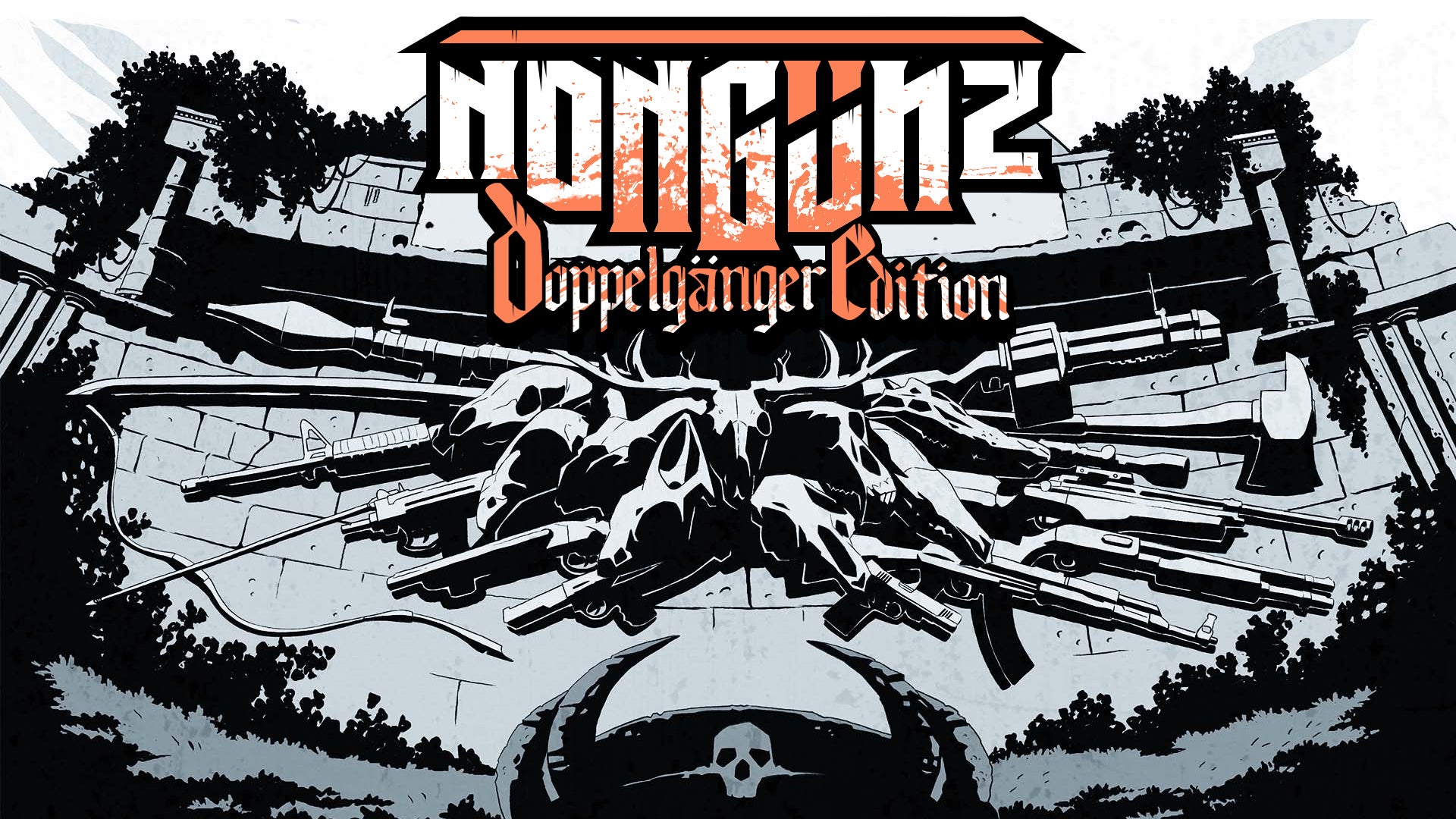 Nongunz is a nihilistic action platformer roguelike. Obscure in both gameplay and theme, Nongunz is a riddle that demands sacrifice. Completely rebuilt in Unity, the Doppelganger Edition is a remastered version of the original, featuring two all-new modes: Arena and Local Co-op. Key Features • Unforgiving gameplay that will challenge both your skill and your wits • The whole game is a riddle. Unveil the mystery behind the nihilistic universe of Nongunz • Beautifully crafted black and white pixel environments and characters • Hundreds of levels plagued with dozens of differents enemies • Many weapons, items and equipment to unlock and master • The potential to change your perception about existence, violence and mankind • New for the Doppelganger Edition! Join forces with your double in Local Co-op mode • New for the Doppelganger Edition! Survive an eternity of enemies in Arena mode Each run will have you parting from a black and white graveyard into an ever-changing gothic dungeon full of nightmares fleshed out of human viscera. Surviving this distraught roguelike will not only require skill but style, since Nongunz rewards you for long-lasting combos and challenges... moreover, score will play a key role in the progress of the idle game: the formation of your very own band of lost souls and death cultists. As the world of Nongunz evolves, you will meet special characters that will inhabit your graveyard: praying cultists, self-scourging martyrs, somber gravediggers... which will either help you widen your killing skills or improve the performance of the insidious idle game built around the graveyard. 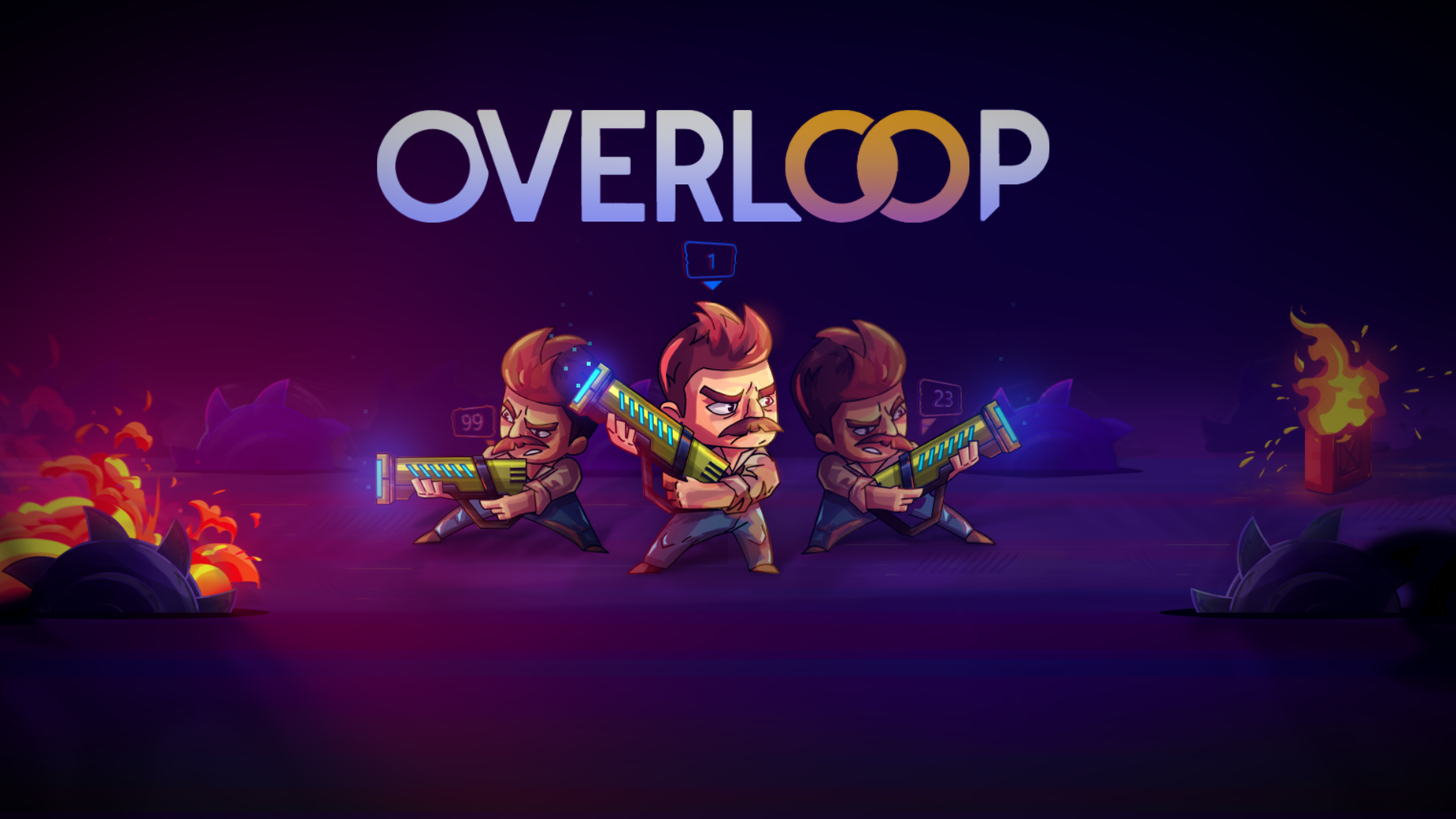 Fire your clone gun to make copies of yourself and solve problems in this puzzle platformer. Use clones to reach new heights by standing on their head, or to hold down trigger plates, or to throw them into laser beams. Is it ethical? Maybe. What if it is in service to overthrow a dystopian empire? Does that make it better? Key Features • Sacrifice clones to get past obstacles • Use clones to solve puzzles • Make a ton of clones • Run, avoid enemies, and traps • Survive a dystopian world 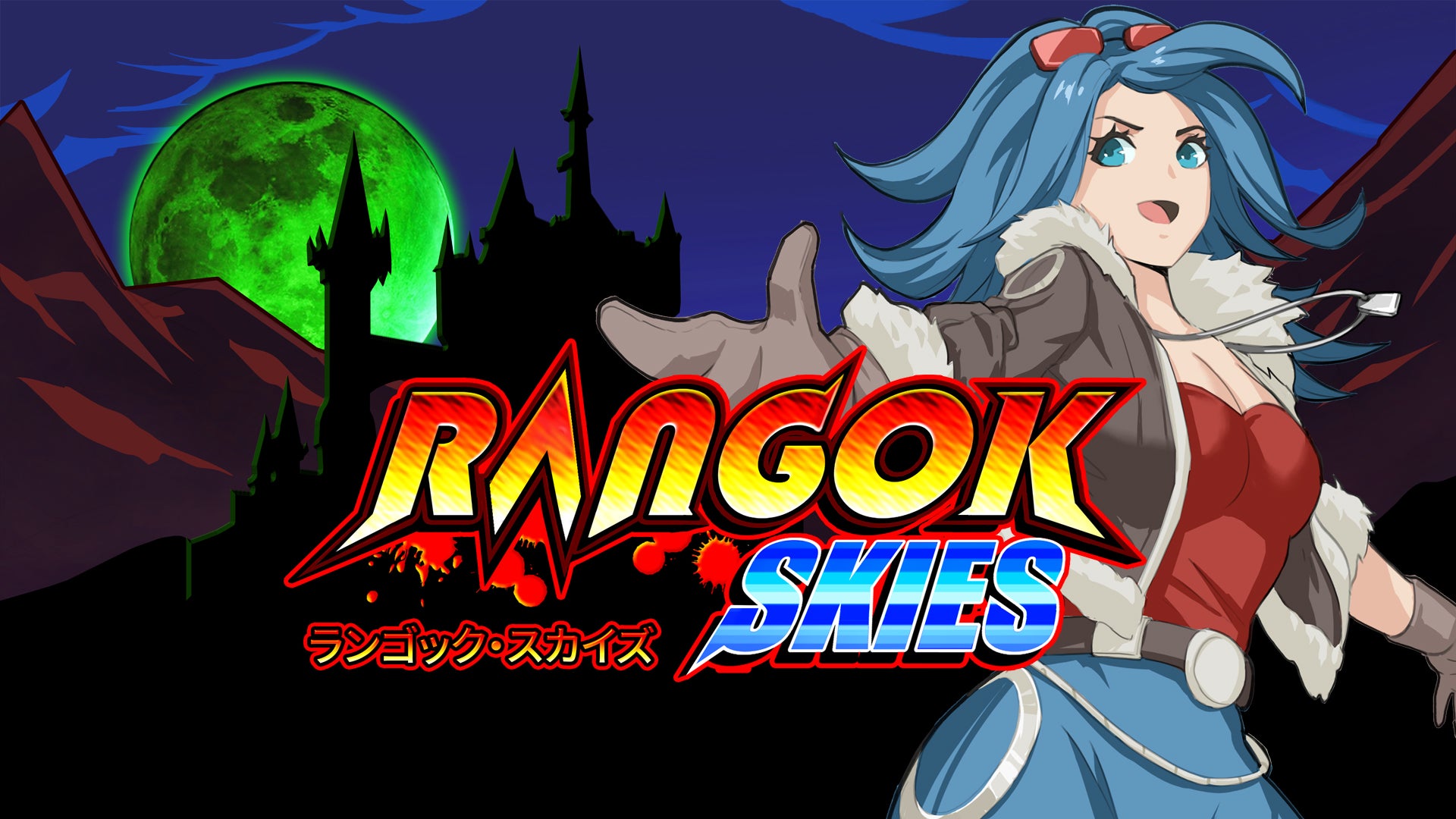 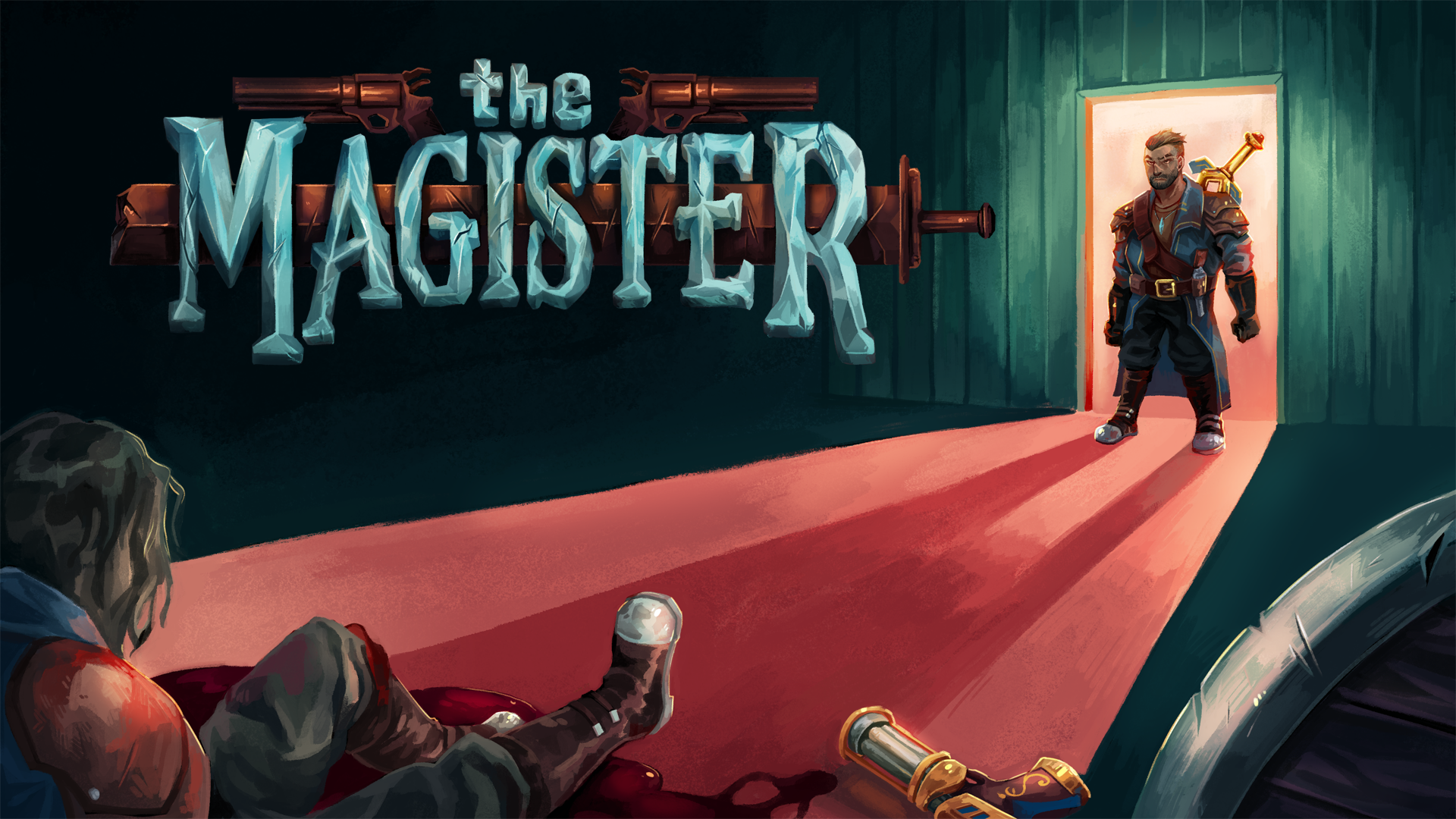 YOU are a MAGISTER, an agent assigned to enforce the will of the Emperor and the rule of law in the far-flung provinces of the Empire. Recently dispatched to the remote rural village of Silverhurst, you must investigate the grim demise of a fellow Magister. You have 15 days to solve the case. Become absorbed in this murder-mystery RPG as you utilise expertly honed skills to piece together clues and bring the perpetrator to justice. Featuring an innovative card-based encounters system, you can fight with weapons and magic or settle disputes peacefully using ‘Tactical Diplomacy’. The Magister is designed for repeat playthroughs. With uniquely generated events, multiple ways to solve problems, numerous Magister types to create, and a wide variety of starting decks to master and additional cards to acquire, every investigation offers a new experience. Key features • Infinitely replayable murder mystery: Find clues and identify suspects in a randomly generated murder mystery where the events, clues, and murderer are different every playthrough. • Tactical card-based encounters system: Master a diverse range of decks with a vast array of cards to fight foes in tactical battles, or seek a peaceful outcome in ‘Tactical Diplomacy’ mode. • Customize your Magister’s traits: Combine specialities, flaws, and skills to create your Magister. From unstable alcoholic to cunning intellectual – every variation defines a different adventure. • Explore a captivating fantasy world: You have 15 days to wander Silverhurst and befriend or intimidate its inhabitants as you race against time to unmask the murderer.